The behavior of Oyen Kucing Bandar when he returned to the village, he had a different kind of fun 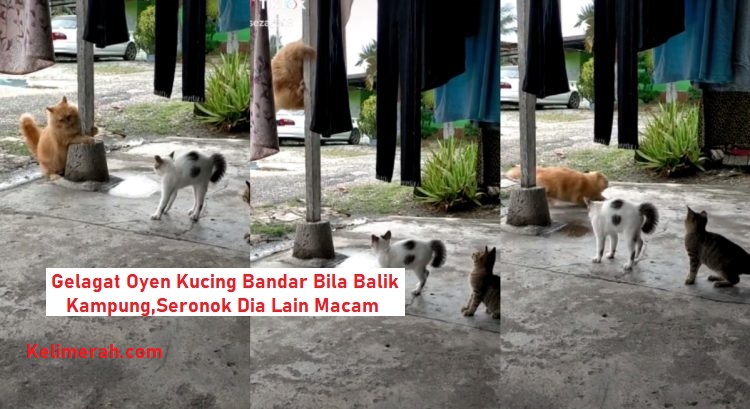 When the city cats enter the village, there must be a strange behavior that is highlighted by them, no less than this oyen who is active when he is in the village and will definitely attract his master’s attention to record.

In the 7 -second video, an orange cat is seen playing so actively that it even climbs a pole so that other cats notice it in amazement.

According to the owner Rohaizah, the oyen was brought back to the village and allowed to play with other cats, but the funny thing was the reaction of other cats who were also surprised by the reaction of the orange playing with agility.

Also looking in the comments room, netizens were also entertained by the agile actions of the oyen and the behavior of other cats who saw the oyen